Since its independence, India has seen an unprecedented growth in infrastructure and energy usage. It has made its mark not just in Asia, but all over the world, because of its rapid rate of urbanization and modernization.

This has heralded a massive boom in urban population all over India. This sudden rise has resulted in a dramatic rate of urban expansion in major Indian cities, including Bangalore. With the growth in infrastructure, the demand for steel has also grown considerably. Let’s take a look at some of the factors fuelling steel demand in Bangalore and the rest of the country:

Bangalore, the capital of Karnataka, has also seen these factors leading to a rapid rise in the demand of steel in and around the city. The urban area of the city has been expanding over the past 60 years, especially in the past decade. With the rapid pace of urbanization, the standard of living in Bangalore has improved considerably over the years. Being the commercial center of new technology in India, Bangalore has become a hub for a majority of professionals who come to this city from all over the country to engage in jobs related to the IT sector and related industry works. According to a report by Silicon India, an estimate of four new companies start their businesses in this city every week, thus creating about 50,000 new jobs in one year. This rapid growth of office buildings and tech parks, which have sprouted all over the city, has given rise to a huge number of apartment complexes to house all the professionals working in these offices. With this sudden population growth, there is also a huge demand for medical, educational, and leisurely facilities. All these high-rise buildings and facilities require hundreds of tons of steel for their construction. Accompanying this massive inflow of people, there will also be a requirement for faster and more efficient means of transportation; for example, metro infrastructure and fly-overs, which again require a huge amount of steel for their construction.

One of the key reasons behind the development of Bangalore as an IT hub is that Karnataka is one of the key players in the iron and steel industry in India. Since the development of Mysore Iron Works (now known as Visvesvaraya Iron and Steel Plant) at Bhadravati in 1923 under the supervision of Sir M. Visvesvaraya, Karnataka has come a long way in establishing itself as a major producer of iron and steel in India. Karnataka has one of the largest resources of iron ore, the principal component for the production of steel. Four different types of iron ore – haematite, magnetite, limonite, and goethite – are available in the state, and these reserves are of very high quality. The state is also rich in other mineral deposits, such as manganese, limestone, and silica, which are required for the iron and steel industry. This availability of iron reserves in the state has acted as a catalyst for the growth of its capital city Bangalore as an IT hub, which in turn has accelerated the improvement and development of the iron and steel industry in the state. Thus, these two factors, namely, the growth of Bangalore as a commercial center and Karnataka being a major iron and steel producer, have acted as accelerators for each other’s growth. Also, since, the iron and steel industry is a multi-crore industry, it plays an indispensable role in the betterment of the economy of the state. They also provide employment to a large number of people in the state and thus, this industry draws a significant amount of investment from the state revenue. Therefore, the state government has also come up with numerous policies and initiatives to strengthen this industry.

The above points and factors clearly put forward the reasons behind the meteoric rise in the demand of steel in Bangalore as well as in the rest of the country. 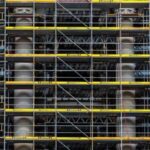 Buying a Home? Here’s How You Can Determine Its Construction Quality

What It Takes to Deliver the Best Steel Products in Karnataka